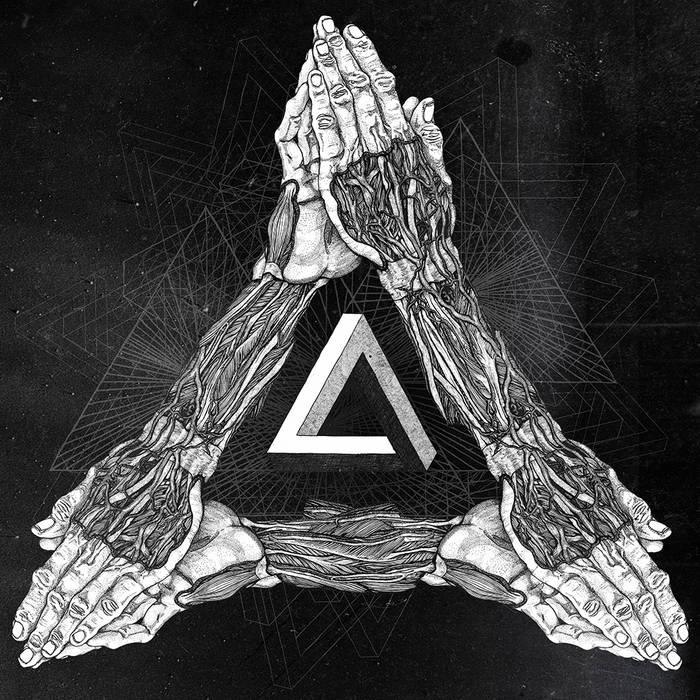 Bardo Morales It seems those highly positive press reviews I was reading are all well deserved. I finally bump into some truly mind-blowing new Post Rock. Favorite track: Temptation of the Idler.

Ed Sprake A progression from Reptiles, very much a sequel, but holding it's own dark secrets. cannot wait to hear this live. Fantastic release :)
Update: Just heard this live at ArcTanGent 2016. Genuinely brilliant!

“Combining the vision and scope of prog rock with the urgency and energy of math, Melencolia represents a cosmic leap forward for the dynamic, demented trio.” – The Independent

"They've caught a wave they helped create... Melencolia shows the possibilities for this ruleless reimagining of rock music, toying with tones and dynamics and showing a Mastodon-like mastery of complex heavy guitar craft." - Total Guitar

“No one should be able to write music this good, it's not fair” – Echoes and Dust

"Melencolia delivers on all accounts. It is immersed in prog sentiment, but without all the pretentiousness and self-serving bombast. It has the dynamic depth and sonic precision found in the best post-rock, but without the boring predictability. It serves math-rock rhythms, but with subtlety in serving the songs and just as a means to over complicate arrangements. It’s because of bands like Poly-Math that your stereo volume knob goes up to 10, so listen to this album and use it to its full capability." - Fecking Bahamas

"Rarely has challenging, thought-provoking, complex music been presented quite so accessibly. Great fun." - The Monolith

"Melencolia is the best music Poly-Math have released, and is an obvious step up for the band; which is saying quite a lot really as their previous work is amazing. They’ve embraced the more mellow side of their influences, focused on composition over difficulty, and come up with something original and compelling." - Arctic Drones: 8.5

"Three monumental movements, each clocking in somewhere between 10 and 15 minutes... a dizzying sequence of twists and turns; the power house display of riffs and melodies ebbing and flowing between sections of atmospheric reflection" - Already Heard: 4/5

“You know what? It's pretty cool. The heavier parts remind us of Russian Circles” – Revolver Mag

"Within mere minutes, Poly-Math have you banging your head, swaying, swooning, and contemplating, creating a headrush of emotion you may not be ready for" - Under The Gun Review: 8/10

"This is a work of art; this isn’t an introduction to a band; this is a band expressing themselves at their very best... Melencolia is proof that Poly-Math are fast becoming your essential band math and post rock band. They’ve added a new level of progressiveness to their sound that’s pushed them far beyond the next level. If you thought Reptiles was good, Melencolia will blow you away." - Alt Dialogue: 8/10

"It’s a breathtaking showcase of modern prog, of math, and of post and noise. Poly-Math have self-assuredly created one of 2016’s greatest post-rock records, with a confident, affirming look into the world of a saturated math rock scene." - Independent Music News

"A band named Poly-Math is bound only to be hokey-pokey as hell, right? Wrong, baby. For all the hip pretense and whathaveyou drawn out of our collective subconscious revulsion for instrumental math-prog, 'Melencolia' makes quite the show." - MetalSucks

“The talent and audacity showcased on Melencolia borders on ridiculous” – Vulture Hound: 4/5

"Groovy yet punishing... You will feel wafts of Mars Volta, King Crimson, maybe a little Radiohead in there amidst the ruckus." - Fecking Bahamas (on Ekerot single)

“A firecracker of a debut” – The Musical Melting Pot: 93%

“A musical journey that moves and evolves” – New Roots Mag: 9/10

"[Mixes] heavy, experimental, and complex to superb effect." - When The Horn Blows

“Complex, textured and blistering...they obviously aren't fooling around, and the next several months hold a lot of promise from them.” – Arctic Drones (preview)