You Eat Houmous, Of Course You Listen To Genesis 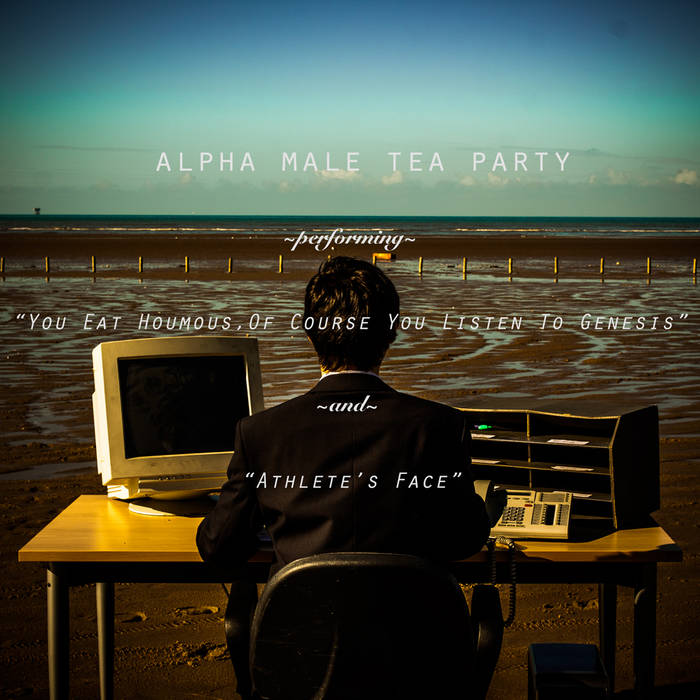 Dan Hunt The opening is so rich and etheral leading to some great twists and turns from guits, bass and drums,sounds huge and finishing with some nice big riffs top track Favorite track: Athlete's Face.

This is the first single from Alpha Male Tea Party's upcoming second album 'Droids'. The band are currently booked to play the main stage of ArcTanGent festival in summer 2014 and will be doing a UK tour to support the record.

Unlike this single, 'Droids' will be available on CD and LP. Yay for physicals!

"catchy, weird, and in themselves a great introduction to the band’s well-established sound, reminiscent of And So I Watch You From Afar and You Slut!. [AMTP] are a band who catapult joyous, shrieking, powerful chunks of riffage into your ears and proceed to lodge themselves in your head for days on end – and they do it so well." - Monster Sound Collective

"This is a band I loved as soon as I heard them, and You Eat Houmous, Of Course You Listen To Genesis is a release that more than lives up to their promise. Splendid." - Oliver Arditi