Real Ale and Model Rail: The Lonely Man's Guide to Not Committing Suicide 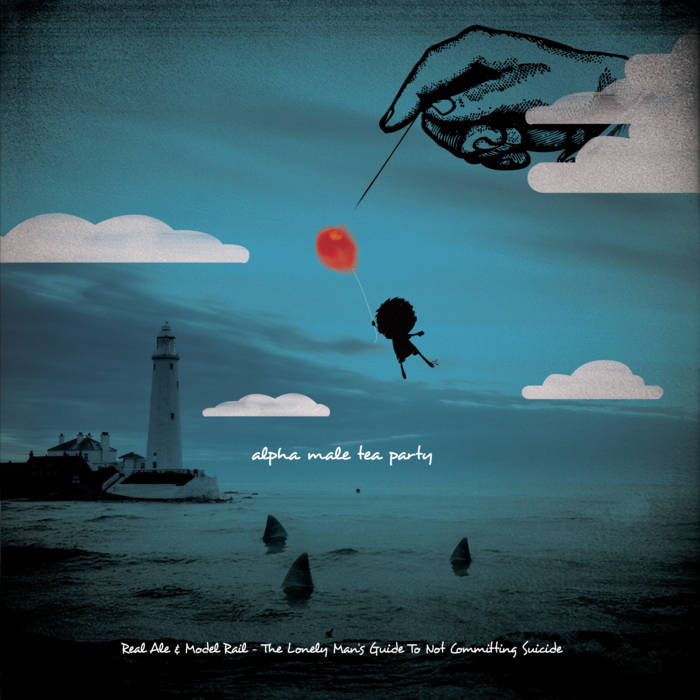 Michael Porcello It feels like this has been my all time favorite album for a lot longer than it's actually existed, like a much needed missing link in my music library. I specifically love the fluid and catchy use of odd time signatures with just the right amount of heaviness from the instrumentals. Favorite track: I Don't Even Like Hollyoaks Anyway.

LeJamesIndustry I'm not going to lie, I listened to this EP because it's name made me laugh, since then i have pretty much had it on repeat. AMTP are fantastic, they have riffs coming out of nowhere and everywhere all at the same time. When they do decided that a song needs vocals, it's so subtle that you may not notice it at first, but when you do you realise the meaning behind the subtly. You can't just ignore the facts and hope that one day, you'll be proven right! Favorite track: Go To The Ant, You Sluggard.

"Alpha Male Tea Party have quickly become one of my favourite bands, ever" - Alex Baker, Artist of the Week: Kerrang! Radio (July 2013)

"soaring riffs clash with grungey undertones and swooping choruses to culminate in the most exciting band we've heard in a long time." - Front Magazine

"Alpha Male Tea Party barely put a foot wrong on [their] new EP... they were perhaps ones to watch beforehand, they are now ones to follow closely." - 8/10: Already Heard

"[On] 'Taste like Dog', the hefty riffs that are the Liverpool trio’s forte rear up, with erratic rhythms showcasing the band at their most ‘math'... 'Go To the Ant, You Sluggard' [is] more vocal-led [and] the track most likely to enlarge their fan-base thanks to a sleekly accessible chorus." - The Skinny

"As ever, Alpha Male Tea Party have showcased their ever improving game and utter fearlessness… 20mins is the perfect running time. A snap shot, a cold fish slap-to-the-face view of the colossal experience that is Alpha Male Tea Party." - Musical Mathematics

"These AMTP cats take the precise complexity of the math rock genre, which we happen to really like round these parts, and mix in the pounding, roiling grunge of industrial and metal... As a HUGE fan, I can tell you that I am ready for more already." - Echoes & Dust