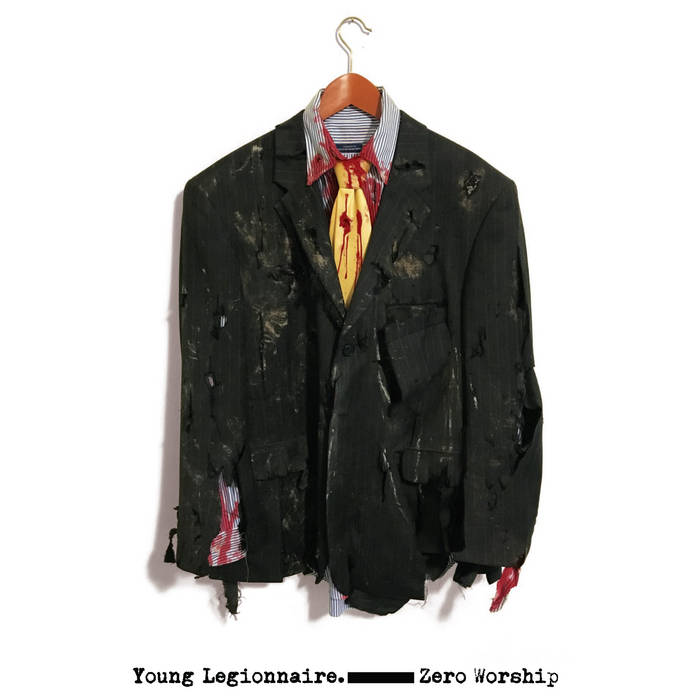 kidfromtheculvert I spend a lot of time looking for new music on this site and it's albums and bands like this that make the 3 hour search for my next obsession worth it. Every song on this album is amazing. There's so much love and care crafted into each track and they all feel different while at the same time being so sonically cohesive. When people tell me that there's nothing interesting going on in modern music anymore I point out albums like this. Favorite track: You And Me.

figlin The best album of theirs yet! So concise and well written. Favorite track: Hail, Hail.

"A strong contender for alt-rock album of the year, full of the off-kilter riffs, time signature shifts and tempestuous outpourings" - Music Radar

"So will fans be happy with their investment? Undoubtedly, with highlights like the epic 'Year Zero', which features a Berlin-sized wall of distortion" - Kerrang!

“Blazing and anthemic… it keeps you on your toes and does its best to work its way into your head, be it through riffs or politically charged lyricism” - Dork

“Young Legionnaire demand your full attention… not shy of a pleasing melody, it reflects upon both the personal and the political, reaching in and stirring ideas and feelings you didn’t realise you had.” - Upset

"Between them they've worked on countless great - and even some genuinely classic - records. New album 'Zero Worship'... finds the group truly gelling, with their different histories, tastes, and techniques merging into one unique entity" - Clash

"A harsh and heart-wrenching amalgamation of post-hardcore, emo and shoegaze-tinged alternative." - The Line of Best Fit

"Zero Worship is cerebrally expansive creativity encapsulated in a pulsating, honest and message-laden insight into the minds of three frustrated genii. Apart from being an excellently conceived album musically, the emotional journey travelled listening from end to end is invigorating." - NARC

"Considering the state of current affairs, this album feels timely, and is a reminder of where worshipping with thoughtless devotion can lead a populace." - SoundBlab

"A great must listen from a year which has been jam packed with great music" - 8/10: Musicology

"I genuinely don’t understand why Young Legionnaire aren’t fucking huge! This is an album that wears its heart on its sleeve; it can be ugly but it also can be beautiful and truly deserves all the hype." - Birthday Cake For Breakfast

"An erratic, razor-wire cut of their twisted post-hardcore... contorted and clattering, it’s the sound of Young Legionnaire collectively exorcising any and all creative demons." - DIY

"Sometimes we just want a band to grab us by the shoulders and shake us around a bit, and that’s certainly what Young Legionnaire have done with their latest cut ‘Heart Attack’." - Dork

"a triumphant return from the trio, the heart-pumping, anthemic new release has become an instant earworm, featuring an incredible vocal performance from front man Paul Mullen" - Birthday Cake For Breakfast

"a great return for the trio" - It's All Indie

Produced by Tom Bellamy.
Mixed by Dan Austin for 140db.
Mastered by Rich Whittaker at FX.