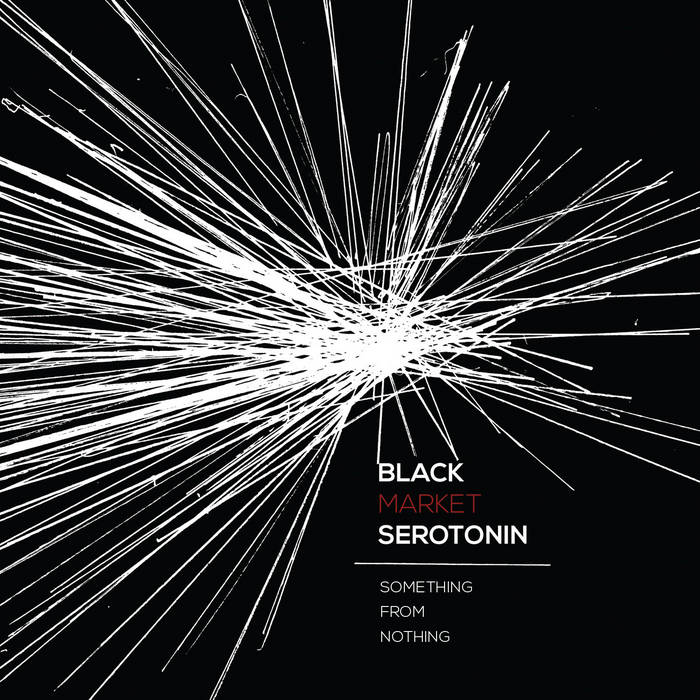 Eric An interesting mixture of Filter-esque Industrial Rock and Melodic Progressive Metal. Certainly an album worth listening to in my opinion, but it may not be everyone's cup of tea- listen to it before buying. Favorite track: DeadByFiveOClock.

martin revell Coz it's modern prog and experimental that's why! Favorite track: The End Of History.

"it's tight, aggressive, and gets your foot tapping... BMS are clearly not a band short of ideas. For fans of Russian Circles, Dream Theatre, Mastodon" - Guitarist Magazine

"It's unclear why my iTunes has decided the right genre for Something From Nothing is 'religious', but there are a few moments on this debut album that made me praise God out loud." - Prog Magazine

"Manchester seems to be becoming some kind of hotbed for new bands armed with monstrous riffs at the moment, and Black Market Serotonin are the best of the bunch." - Musical Mathematics

"Manchester’s Black Market Serotonin do big, emotional rock with synths and a hard edge, without sounding like they need a pissy sheet on the mattress... ducking and diving between intricacy and meatiness in spectacular fashion." - Beardrock

"Black Market Serotonin’s debut album sounds like earthtone9, Pitchblend and Muse got sexy and had a proggy, space-rock, riff-baby and they fed him synthesisers. We can’t stress enough how beautifully original this record sounds." - 8/10: UK Scumscene

"Black Market Serotonin have created a brilliantly accessible album for both hardened and newer fans to the genre." - Room Thirteen